Writing Review of the Year 2014

This is perhaps a bit late but it IS still January. Just. Thought I’d have a look back at my writing progress over the past year.


Having come first in the Greenacre Writers Short Story Competition in 2013, I went to the launch of the anthology which was part of Finchley Literature Festival in May and took place in Café Buzz in Finchley. I got to read Flapjack, my winning story - to the sound of a coffee machine and buses going by outside the café - and realised I still don’t know how to use a microphone. The highlight was meeting Lindsay Bamfield and Rosie Canning, only known through Twitter and Facebook up until then. I was also amused at the passing back and forth of glasses – made me feel like I finally belong to the grown up/middle aged club - and the fact that Rosie wore mine to do her reading. 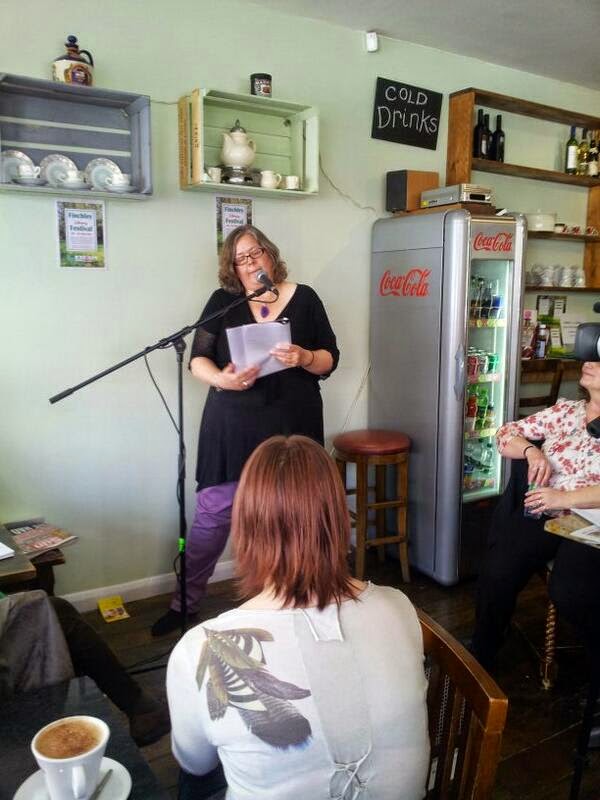 National Flash Fiction Day was on the 21st June. I have a flash in the anthology Eating My Words. ‘A Bottle of Silence’ was inspired by my experience of noisy neighbours and I’m rather proud of it. I’m fond of all my stories but you know how there’s a few that you really, really like? The actual neighbours moved out on my birthday at the end of November – best present EVER - and I am still ecstatic about it.


Flashtag Manchester organised one of their Slams in October at the Storey Institute in Lancaster. Twelve people entered and we had to go head to head reading our 200 word flashes and after two rounds were whittled down to three for the final. I wasn’t convinced I’d even get through the first round so read my favourite (best?) story first. I was delighted to get through to the final, which meant I read all three of my flashes. I came third out of twelve. Not too shabby. 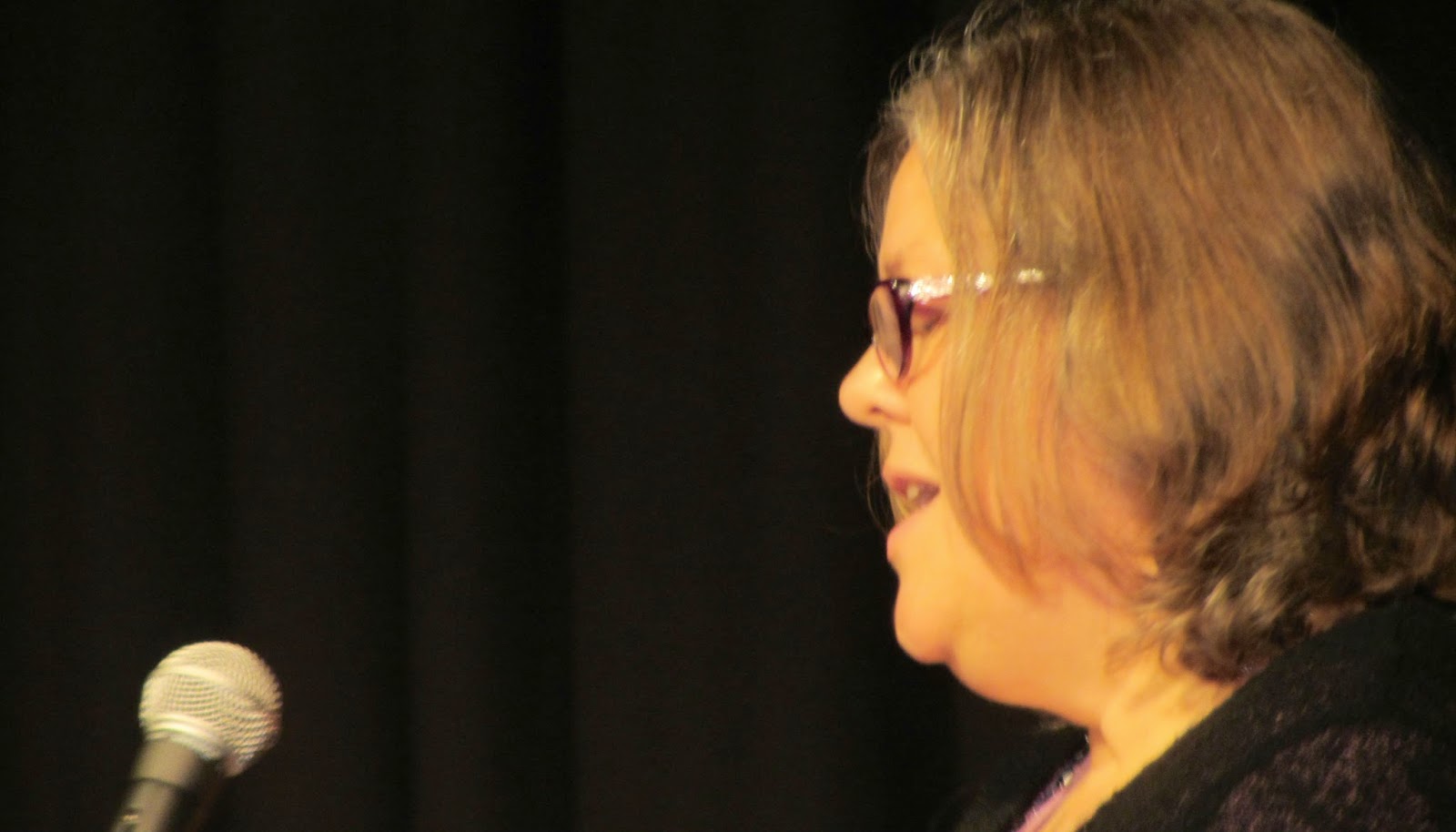 I’ve only done a handful of readings. Reading-wise, I think this was my best yet. Three things helped me. The magic formula perhaps? a) Take a supportive friend b) have ONE Malibu and Coke (I almost never drink alcohol) and c) Rehearse, rehearse, rehearse. All my practicing meant I instinctively knew the right places to pause, when to breathe, etc …


I have four flashes (including the cannibal flash ‘Hot and Sweet’ that got me through the first round of the aforementioned slam) in the Flash Dogs Anthology. The Flash Dogs are from various places around the world and met doing various weekly flash challenges and through Twitter. I got dragged into one called The Angry Hourglass by my friend Stella Turner and most weeks I have a go. This has taught me that I can quickly (36 hours) write to a picture prompt, has produced I few things I wouldn’t have written otherwise and I’ve won twice. The Flash Dogs on Twitter are all great friends and supportive writers but do I want to belong to a club that would have me as a member? Anyway, the anthology looks great, is being sold in aid of IBBY, an international charity that provides books for young people.
Here it is with the other anthologies I have stories in ... 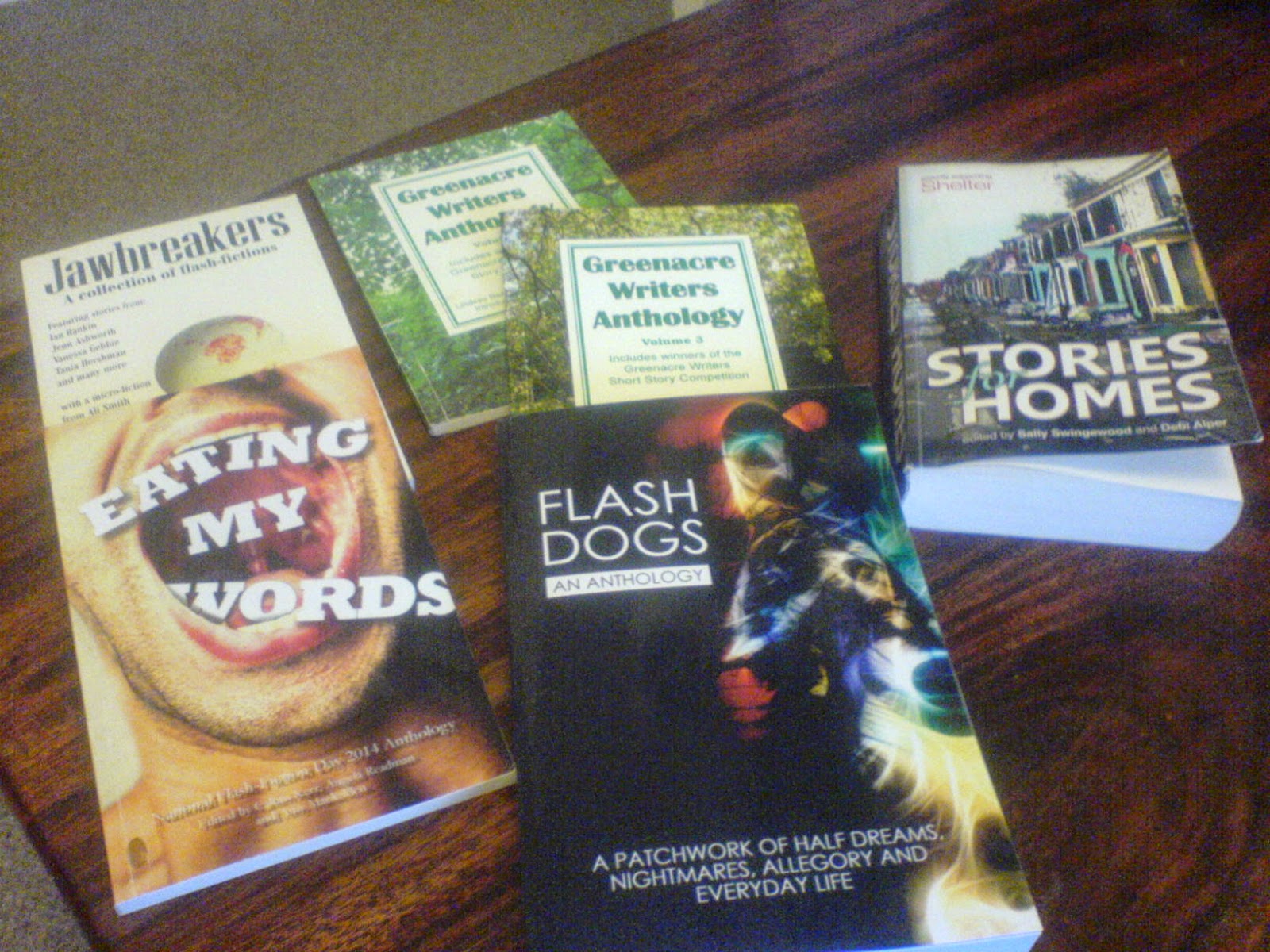 The Big One. I started writing my second novel on 1st Feb last year. Fast Talking is now ready – as far as I can tell – to submit to agents. It’ll go off to the first on the 1st Feb THIS year. It’s based on an idea I wrote as a play around a decade and a half ago but changing it to a novel and creating characters and sub plots made it take off in various surprising directions. This may not be’ the one’ but I did have a great time writing it and I have a few thousand words plan for the third (working title ‘Be Careful, Jim.’)
That's it. We're well into 2015 - the year I turn fifty - so, onwards and upwardsish!