Since September 2016 I’ve been writing a tweet-length story almost every day for #VSS365. This daily writing challenge was started by @FlashDogs and is ever growing, day by day. Each day, amongst the stories on Twitter, there’s someone asking what #VSS365 is and where do they get the prompt word from. And Sal, miraculously, feels like she's in with the in-crowd AND in the know. I'll wake up in a minute.


In July I had the job of providing the prompts and I’m doing it again in January next year. So that’s very SOON. I was going to get a turn again in 2020 but someone dropped out. This is organised by a very nice lady and fellow Flash Dog, @voimaoy. The prompt word must be in there somewhere, or used for inspiration and hash-tagged at beginning or end. There are series, stand-alones, funny, sad & a full range of different genres. VSS stands for ‘very short story’, though some folk do a poem or an acrostic or even something from a novel in progress.
In July I chose some challenging words but, despite a few complaints, everyone coped really well and there was, as always, such a variety of takes and ideas. We had fun; we had #Fandango #HurlyBurly #llama & … #Kawasaki.


This last was the suggestion of my brother Andy Page @ACPITServices. Of course Kawasaki is a motorbike and a Japanese name but it’s also a disease that can affect anyone but particularly very young children. It is the number one cause of acquired heart disease in children. My niece got Kawasaki disease at three years old. At twelve she had to have a heart transplant. Next year she will be twenty-one.
Once thought of as rare, Kawasaki Disease is now increasingly common. The earlier – I’m talking days, hours even - it is spotted and treated the better. There is a list of symptoms to watch out for. More information at Societi - the UK Kawasaki Disease Foundation


Andy has set himself the challenge of doing a #VSS365 every day in January from my prompt words. All Kawasaki disease related. He is not a writer, he’s an engineer. This does not mean he can’t write a perfectly good story.


So, here are my #VSS365 tips. The first two are specifically for Andy in his quest to raise awareness for Kawasaki disease & the rest more general.


Think about all the characters who are involved in your subject. Children, parents, family & friends, medical professionals, scientists, teachers & nursery staff, the media, charity awareness campaigners … all the way to confused passers-by.


Keep it simple. One or two characters. They don’t even have to have names. He. She. I. Writing a story just with dialogue is a good way in. And sometimes all you need. And think about all the situations around the disease. Before, after, during, best & worse cases. Then there’s the settings of your story. Hospitals, surgeries, homes, schools, nurseries, laboratories, offices, up mountains, by canals, by the sea, in a theatre, on a trampoline, in a toy shop, a supermarket, a forest, the edge of a volcano … I think you know what I’m saying.


I write my #VSS365 every morning before work, often before breakfast, before getting out of bed or even before waking up so I’d like to think I’m a dab hand these days. The most important thing is not to panic and think ‘I can’t’. Ignore that and go to Google for the word's definition. I just stick the word and ‘def’ into the search box. Still do this even if you’re sure of what it means. Reading the different definitions can spark your first idea. If you want to be daring, dismiss your first couple of ideas and go with your third. I often do this. The third might be more original. In fact, I like to get several or even all the definitions into one story. But then I’m a big show off.


Start writing. Write slightly too much, then edit. Make sure it’s a real story, not just a sentence using the word. VSS stands for very short story.


As with writing a tweet, there’s lots of ways to get as much story from your 280 Twitter character limit. Change ‘and’ to ‘&’, lose pronouns. Changing ‘She didn’t understand.’ to ‘Didn’t understand’ saves four letters and using ‘Didn’t get it’ saves another four. I often use a long word then realise a shorter one will do the job just as well, if not better.


Use sentences of one or two words, imply stuff, hide anything the reader can deduce in the subtext. This latter is another way of saying delete! Spend a good few minutes editing. It’s surprising how a story can improve if you lose a few unnecessary words, enabling a little more nuance, explanation or even a thread of intriguing backstory. Show, don’t tell. As the narrator, be in the story, not outside looking in. Consider losing your first sentence. Try using present tense, which often saves letters to make it even more immediate or intimate. Try first person or second, even. A father addressing his daughter. A surgeon talking to a child.


Finished your VSS and desperate to post and bask in the likes? Stop, take a deep breath and do one final careful read through before you post. Sometimes your brain is telling you a word is there when it isn’t. The earlier you post your story, the more folk will see it. Make sure you read some others and like/retweet them or comment too. 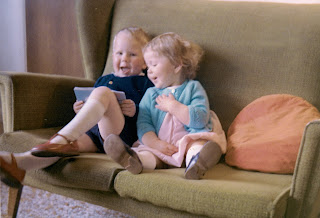 Captions. please?
So, special good luck to Andy Page, the writer, who is apparently going to have all his VSS in a book, something his sister, who’s been writing since 1986 may never do. She should listen her mother, who wasn’t impressed with her daughter implying her son couldn’t write very short stories even though I just meant stories weren’t his thing like they are for some of us. What do you have to do, eh? (winky smile & eye roll).